Normal Profit
Some writers introduce the concept of normal profits. As Prof. Knight points out, normal profits, belong to the equilibrium state, or to the state in which changes are taking place which can be anticipated and calculated. Of course, it is difficult to imagine a world entirely devoid of change. But we can have societies, specially old established societies, in which conditions are relatively static and business methods have become more or less of a routine nature. Absence of Uncertainty. In a static society (or state of equilibrium), resources are more or less fixed and have attained such a distribution among various industries that there is no motive for transferring them from one employment to another. There is no tendency for any firm to enter or leave the industry. 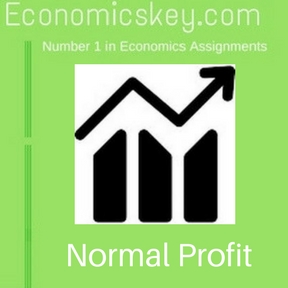