Almost all taxes distort incentives, cause people to alter their behavior, and lead to a less efficient allocation of the economy’s resources. Many taxes, however, become even more problematic in the presence of inflation. The reason is that lawmakers often fail to take inflation into account when writing the tax laws. Economists who have studied .the tax code conclude that inflation tends to raise the tax burden on income earned from savings.

One example of how inflation discourages saying is the tax treatment of capital gains-the profits made by selling an asset for more than its purchase price. Suppose that in 1980 you used some of your savings to buy stock in Microsoft Corporation for $10 and that in 2005 you sold the stock for $50.

TABLE 1 How Inflation Raises the Tax Burden on Saving 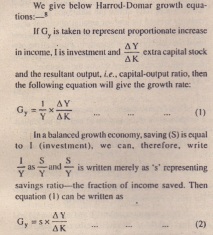 The taxes on nominal capital gains and on nominal interest income are two examples of how the tax code interacts with inflation. There are many others. Because of these inflation-induced tax changes, higher inflation tends to discourage people from saving. Recall that the econcrny’s saving provides the resources for investment, which in turn is a key ingredient to long-run economic growth.

Thus, when inflation raises the tax burden on saving, it tends to depress the economy’s long-run growth rate. There is,however, no consensus among economists about the size of this effect.  One solution to this problem, other than eliminating inflation. is to index the tax system. That is, the tax laws could be rewritten to take account of the effects of inflation. In the case of capital gains, for example, the tax code could adjust the purchase price using a price index and assess the tax only on the real gain.

In an ideal world, the tax laws would be written so that inflation would not alter anyone’s real tax liability. In the world in which we live, however, tax laws are far from perfect. More complete indexation would probably be desirable, but it would further complicate a tax code that many people already consider too complex.