We have devoted a full chapter to deficit financing.’ Deficit financing, i.e.. newly created money, is another source of capital formation in a developing economy. The danger, inherent in this source of development finance, is that it may lead to inflationary pressures in the economy. But a certain measure (If deficit financing can be had without creating such pressures. As the agriculture real output increases under stimulus of development plans, new Further, in a developing economy, Other demand for money increases as the monetized sector of the economy expands at the expense of the non-monetary and subsistence sectors. New money has to he created to satisfy this increased demand for money, Besides, there exists some possibility of using deficit financing to utilize the existing unemployed and under-employed labor in schemes which yield quick results, so that the inflationary potential of deficit financing may be neutralized by an increase in the supply of output in the short time

Another source of development finance and capital formation is to mobilize the saving potential that exists in the form of disguised unemployment. Surplus agricultural workers can be transferred from the agricultural sector to the non-agricultural sectors ‘without diminishing agricultural output. The objective is to mobilize these unproductive workers and employ them on various capital-creating projects Mid as roads, canals, buildings of schools and health centers, binds fur controlling Hoods in which they do not require much capital to work with. 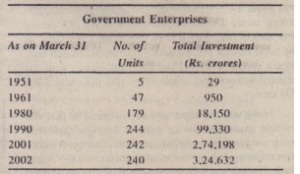 We have already discussed disguised unemployment in a separate chapter.