On the basis of the foregoing discussion, it will be appreciated that no cut-and-dried formula type criteria for investment can be laid down. 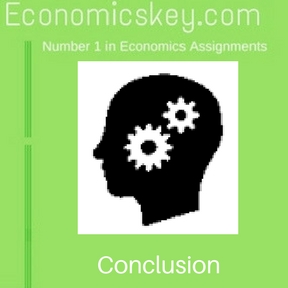 Instead, a whole host of considerations will have to be borne in mind. Nor can the above criteria be ignored when deciding upon the pattern of investment. For the rest, the best we can do is 10 offer a few general remarks bearing on the allocation of resources among various 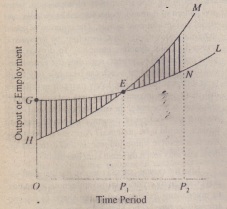 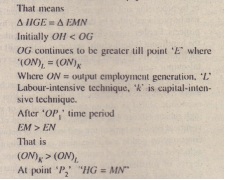 It has generally come to be accepted that the basic constructionist in selecting industries for development in an under-developed economy is the prospect or external economics. Allen Young drew attention to this important consideration , and Eisenstein-Rodin made out in  a strong case of developing those industries which would create conditions LiveJournal to the growth of other industries. For example, the development of transport or of sources 01 fuel and power influences both the cols and the market syphilitic of diverse manufacturing industries. Similarly, iron and steel and cringing industrial increase.Growth and potentiality of Indus y in cruller rum the standpoint  f supply, it thus emerges that one of the requirements of investments should he that it creates additional external economics

Market. On the demand side, when considering particular industries. one cannot assume that supply will create its own demand. There must be markets for the commodities produced. Where are the potential markets in the poor countries? Investment should be made in those industries which produce commodities having a readily-available demand. The Andaman for building and construction is likely to be high. since pour countries are deficient in roads. railways, houses and public utilities. Investment in export industries. for which there is foreign demand. is another attractive area. and impure competing industries provide still another potential choice of investment.

These considerations of external economics and of available market demand may be summarized by saying that investment should be directed to growing points in the economy. In the initial stages of economic development. it is highly useful to concentrate on certain focal points which seem to have the more rapid growth. From these local areas, a chain reaction usually starts that gradually spreads chain to the remaining areas of the economy. Thus. even an unbalanced process of initial economic growth hill every possibility of ultimately merging into the broader requirement of balanced.