Exogenous vs. ’emollient Mechanisms. Over the years macroeconomics has been energized by vigorous debates about the sources of business fluctuations.What causes aggregate demand to shift suddenly? Why should market economies blow hot” . and cold? There is certainly no end of possible ex-“plantations. but it is useful to classify the different sources into two categories, exogenous and primarily internal. Economists use the term ”’exogenous” to refer to forces operating from outside the system. The exogenous theories find the root of the. business cycle in the fluctuations of factors outside the economic system-in wars. revolutions. and elections; in oil prices, gold discoveries. and migrations; in discoveries of new.lands and resources; in scientific breakthroughs and technological innovations; ‘even’ in sunspots or the ‘weather. The long economic boom of the 1990s was fueled be an investment boom radiating out of the ‘information technologies sector and largely based on fundamental scientific and engineering developments in microprocessors.

By contrast. the internal theories look for mechanisms within the economic system itself that give rise to self-generating business cycles. In this approach, every expansion breeds recession and contraction. and every contraction breeds revival and “expansion-in a quasi-regular, repeating chain.On~ ‘important case is the multiplier-accelerator theory.According to the accelerator principle. rapid output growth stimulates investment. High investment in turn stimulates more output growth; and “the process continues until the capacity of the economy is reached. at-which point the economic growth rate slows. The slower growth in turn reduces investment ;pending and inventory accumulation.which tends to send the economy into a recession. The process’ then works in reverse until the trough is reached, and the economy then stabilizes and turns up again. This internal theory of the business cycle shows a mechanism. like the motion of a pendulum, in.which an exogenous shock , tends to propagate itself throughout the economy in a cyclical fashion. ‘

Demoed-Induced Cycles. One important source of business fluctuations i! shocks to aggregate demand.

A typical case is illustrated in Figure 23-4. which shows bow a decline in aggregate coriander lowers put. Say that the economy begins in short-run Equilibrium at point B. Then, perhaps because of a decline in defense spending or tight money, the” aggregate demand curve shifts leftward to AD’. If there is no change in aggregate supply. the economy will reach a new equilibrium at point C. Note that • output declines from Q to Q’. In addition, prices are lower than they were at the previous equilibrium. and the rate of inflation falls.

The case of a boom is. naturally, just the -opposite. Here. the AD curve shifts to the right. output approaches potential GDP or perhaps even overshoots it. and prices and inflation rise.

Business-cycle fluctuations in output, employment.and prices are often caused by shifts in aggregate demand. These occur as consumers. businesses, or governments change total spending relative to the economy’s productive capacity. When these shifts in aggregate demand lead to sharp business downturns, the convector suffers recessions or even depressions. A sharp upturn in economic activity can lead to inflation. 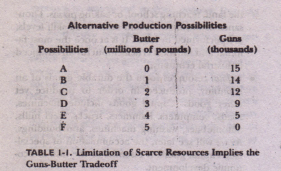